CMPD has now charged a second suspect for the murder of Lamar McNeil, who died as a result of a shooting.

Huffman was located and arrested on March 13.

CMPD has charged a suspect for murder after a man was shot in a northeast Charlotte apartment and died of his injuries.

After an investigation, CMPD was able to locate the suspect on March 12 after identifying and issuing warrants for arrest. 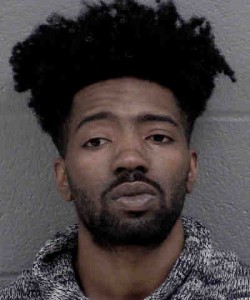 CHARLOTTE, N.C. — CMPD is conducting a homicide investigation after finding a man was found shot in an northeast Charlotte apartment, police say.

Officers were called to an assault with a deadly weapon at the 2100 block of Wit Way, off of E W.T. Harris Blvd, in the University area around 8:50 p.m. Tuesday.

The victim was transported to the hospital by medic and later pronounced dead, CMPD said.

The victim has been identified as 43-year-old Lamar McNeil.