GASTON COUNTY, N.C. — Gaston County Police have charged a suspect for secret peeping on a minor after a recording device was found in a bathroom, officials say.

According to police, an investigation happened after the victim located a camera in his or her bathroom set to record them getting in and out the shower.

Police identified Kevin Scott Seawell, 28, as the suspect and charged him with two felony counts of Secret Peeping and six felony counts of Indecent Liberties with a Child, a news release said. 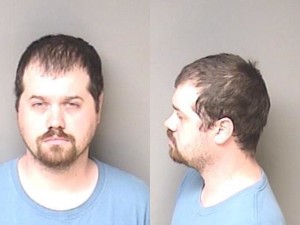 The devices were seized and forensic examinations will be conducted.

Seawell is currently in custody at the Gaston County Jail under a $250,000 bond, a news release said.

The investigation continues and anyone with information is asked to contact Det. M. Rheinson at 704-866-3320 or Crimestoppers at 704-861-8000. There is no further information available at this time.