Missing 77-year-old with dementia, Patricia Boehlke, has been located in a wooded area near her residence.

According to officials, she has been taken to a medical facility for evaluation.

CONCORD, N.C. — A Silver Alert has been issued for a missing 77-year-old woman from Concord who has been diagnosed with dementia.

Police are asking for assistance with locating Patricia Niedfeldt Boehlke who was reported missing by her family early Monday morning. 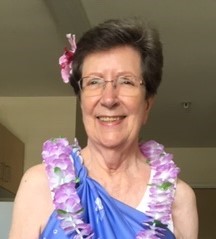 According to a news release, she was last seen between 3 and 4 p.m. on Sunday, March 15th at her residence at Crescent Heights retirement community. The community is located at 240 Branchview Drive NW in Concord.

She has been described as being around 5’3″ and 150 pounds with brown hair and eyes. Boehlke was last seen wearing a white shirt, gray or brown dress pants, brown boots, glasses and a hearing aid.

Anyone with information on the whereabouts of Boehlke is asked to contact 9-1-1 or the Concord Police Department at 704-920-5000.