According to CMPD, the suspect involved in a north Charlotte homicide has been located and arrested in Georgia.

After an investigation, 18-year-old Jaiveon Smith was identified as a suspect for the murder of Tevonte Epps and warrants were issued, police say. After Smith was located he was then interviewed by CMPD detectives. 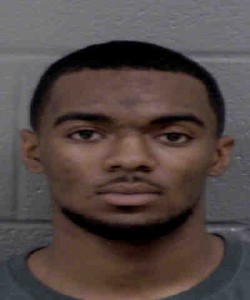 Smith, who is currently in custody in Georgia, is expected to be extradited back to Mecklenburg County and charged with murder, attempted murder, assault with a deadly weapon with the intent to kill inflicting serious injury and robbery with a dangerous weapon, according to CMPD.

According to officers, After responding to an assault with a deadly weapon call around 9:30 p.m. on Hosta Drive off of Gibbon Road – officers located a man with a gunshot wound in the parking lot of an apartment complex.

MEDIC transported the victim to the hospital where he was pronounced dead, a news release said. The victim has been identified as 24-year-old Tevonte Laquan Epps.

A second victim was located nearby who was also shot during this incident. He was also transported by MEDIC to the hospital where he is being treated for non-life threatening injuries, according to a news release.

Crime Scene Search responded to the call for service to process the scene and collect physical evidence.