CHARLOTTE, N.C. (AP) — The mother of a 6-month-old boy who was found dead last month in a Charlotte cemetery has been charged with murder in his death, police said.

Tamara Jernel Brown, 30, was arrested Friday by Charlotte-Mecklenburg Police Department detectives and officers and charged, according to a police news release. She was in the Mecklenburg County Jail on Saturday. 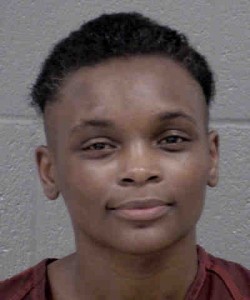 The body of Chi-Liam Cody Brown-Erickson was found on Feb. 22 at Sharon Memorial Park in Charlotte. The body was found several hours after Brown had been arrested and charged with common law robbery and two counts of assault on a government official.

Brown and the child had been reported missing from the Matthews area two days before.

Information and evidence gathered by homicide detectives ultimately led them to identifying Brown in the boy’s death, the release said. Police have not said how the infant died.

Before Brown’s arrest in February, authorities had said that she may be suffering from a mental health disability.