HICKORY, N.C. — The Hickory Police Department have charged a suspect for an armed robbery of a CVS Pharmacy after a car chase.

According to police, the incident happened Monday around 2 p.m. at the pharmacy on 12th Ave NE. After initial investigation, officers found out that a black man demanded money from the register while holding a firearm.

In addition, officer discovered that the suspect was driving a red Mustang with Georgia plates. Officers were able to locate the vehicle but the suspect fled resulting in a chase with the help of the Caldwell County Sheriff’s Office and the North Carolina Highway Patrol.

The chase ended when the suspect crashed his vehicle near the Hickory Regional Airport but no one was hurt during the duration of the incident.

The suspect has been identified as 29-year-old Lester Diontae Lackey. According to police he was charged with Robbery with Firearms or other Dangerous Weapons and Speeding to Elude Arrest. He is being held at the Catawba County Detention Facility under a $30,000 bond. 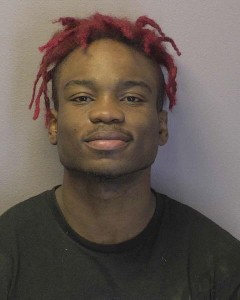