LINCOLNTON, N.C. — A Charlotte man has been charged in connection with several vehicle break-ins at a business in eastern Lincoln County, according to a news release.

According to Lincoln County detectives, the victims were eating at Midtown Sundries in Denver on March 1 when their vehicles were broken into and credit cards and a firearm were stolen. The detective on the case was able to later locate a video with one of the stolen credit cards being used at a Walmart in Charlotte.

After reviewing the footage with CMPD and Mooresville Police, officers were able to identify the suspect as 31-year-old Eric Clay of Charlotte. 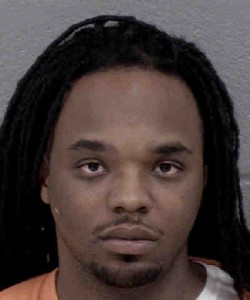 CMPD was able to locate and arrest Clay on March 23, detectives say. The search warrant was then executed at his residence and the items belonging to the victims in Lincoln County were found.

In addition to the Lincoln County charges, outstanding warrants from three other North Carolina counties and South Carolina were served on Clay., police say. He is being held under a $174,500 secured bond.