CMPD detectives, along with the FBI Safe Streets Task Force, have charged 54-year-old Mario Roane for his involvement in two bank robberies. 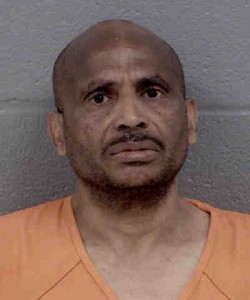 According to a news release, on March 23 around 3 p.m., a suspect entered the Wells Fargo located on S. Tryon Street and approached the front teller while implying that he was in possession of a firearm and demanded money.

After an investigation, detectives identified Roane as a suspect in this case, as well as the bank robbery of First Citizen’s Bank on March 18. Warrants were obtained for his arrest and Roane was arrested without incident on March 31, police say.

At the conclusion of the interview, he was transferred to the custody of the Mecklenburg County Sheriff’s Office and charged with two counts of Armed Robbery with a Dangerous Weapon, CMPD says.

Anyone with information about this incident is asked to call 9-1-1. The public can also leave an anonymous tip by calling Crime Stoppers at 704-334-1600 or visiting their website at http://charlottecrimestoppers.com/.

CHARLOTTE, N.C. — CMPD is asking for the public’s assistance in an armed robbery investigation of a First Citizen’s Bank in Uptown Charlotte.

According to officers, the incident happened on Wednesday around 11:35 a.m. at the bank on South Tryon Street near McCormick & Schmick’s Seafood & Steaks restaurant.

During the robbery the suspect entered and approached the front counter of the bank, he then implied that he had a firearm on him and demanded money from the business employee, officers say. The suspect was last seen walking on 4th Street towards the Transit Center.

The suspect  has been described as a black man in his mid-50’s at the time of the incident he was wearing a blue, white and green plaid shirt, blue jeans, and a black jacket.

CMPD’s Armed Robbery Unit ask asking anyone in the community who knows the suspect pictured below to call 9-1-1. The public can also leave information anonymously by contacting Crime Stoppers at 704-334-1600 or http://charlottecrimestoppers.com/.