CHARLOTTE, N.C. — According to CMPD, a 30-year-old suspect has been charged with 21 felony offenses after an argument escalated to several south Charlotte homes being shot into, while his 1-year-old was nearby.

On Saturday, April 4, around 7:50 p.m., officers responded to reports of a shooting on Conway Avenue off of Scaleybark Road. Upon arrived, they were confronted by an armed suspect holding a one-year-old child.

While holding the child, the suspect ran and crouched down beside a patrol vehicle that had just arrived on scene. The suspect refused to release the baby; however, two officers worked together to de-escalated the situation and brought the baby to safety.

The suspect, Rashad Brown, was then arrested. 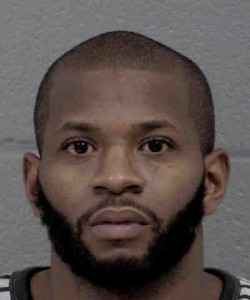 After an investigation it has been determined that Brown was visiting a nearby residence when he began to argue with the residents. As the argument moved to the parking lot, Brown put down his child and began to shoot numerous times at multiple victims with an assault rifle and a pistol, police say.

As a result multiple occupied residences were shot into. No one was injured during this incident.

At the conclusion of the investigation, a rifle, pistol, and large amounts of cocaine and money were seized.

According to CMPD, Brown was interviewed by detectives and has since been transferred to the custody of the Mecklenburg County Sheriff’s Office and charged with:

CMPD stated the following about the situation:

A swift response by officers and their diligence in de-escalation resulted in bringing the infant to safety and arresting a suspect who terrorized a community by victimizing 25 of its members.

The investigation into this case is active and ongoing. Anyone with information about this incident is asked to call 9-1-1. The public can also leave an anonymous tip by contacting Crime Stoppers at 704-334-1600 or http://charlottecrimestoppers.com/.