ROCK HILL, S.C. — Police say two men have been arrested following the armed robbery of a vehicle in Rock Hill on Saturday.

According to the Rock Hill Police Department, at about 1 p.m. on Saturday, officers were notified about reports of a recently stolen Burgundy Honda that was passing Sullivan Middle School. At the same time, officers saw a burgundy Honda speeding on Eden Terrace.

The victim told police that two men approached her and her son as they were leaving Mallard Pointe Apartments, and that one of the men had a handgun.  In addition, she said one of the suspects fled in her vehicle and the other fled on a moped.

A few minutes later, officers located a 17-year-old suspect on the moped and apprehended him following a brief foot chase near the Winthrop Coliseum, according to police. 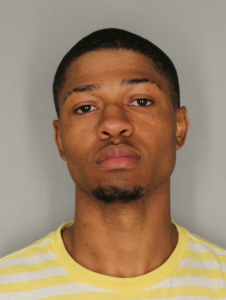 Other officers saw the Honda going South on Cherry Road and conducted a traffic stop.  Police say they arrested the driver, 18-year-old Jon’tarius Reid, and found a handgun in the car.

The 17 year old suspect was charged as an adult.  Both men were charged with Armed Robbery and Criminal Conspiracy.