According to police, Brian Mahiques, 41, was charged with one count of Statutory Sex Offense and three counts of Indecent Liberties with a Minor on May 11. These charges are in addition to those Mahiques was arrested for on May 7. 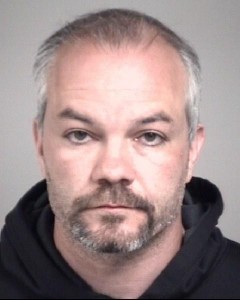 In total, Mahiques has been charged with three counts of Statutory Sex Offense of a Child and six counts of Indecent Liberties with a Minor, according to a news release. The charges come from a total of four victims that have come forward.

The investigation began in the spring of 2019 upon receiving a report from the Cabarrus County Department of Social Services in regards to a sexual assault involving a minor. The report indicated the victim had recently disclosed to their parents that they had been sexually assaulted on numerous occasions from 2005-2006 by Mahiques, who was the victim’s youth pastor at The Refuge Church when it was located in Concord, officials say.

On May 7, 2020 CPD arrested Brian Michael Mahiques, for 2 counts of Statutory Sexual Offense of a Child and 3 counts of Indecent Liberties with a Minor. / ral https://t.co/apdZpoMbY9 pic.twitter.com/jpLT0d3YgC

Concord Police investigators will continue to conduct follow up interviews to determine if any other victims exist. The Concord Police Department asks that anyone with information call 704-920-5000 or Cabarrus Area Crime Stoppers at 704-93-CRIME.

Wilson's World Homeschool: Getting an Up-Close Look at the Northern Pine Snakes at the Riverbanks Zoo

Alyssa Milano Trolled Online After Police Are Called To Her Home