Suspect In Crossbow Incident That Left Man In Serious Condition After Being Shot In The Head Charged, Victim Identified

Siegfred Jackson, the suspect in the crossbow shooting incident, was charged with Felonious Assault with a Deadly Weapon with Intent to Kill and Inflicting Serious Injury on Thursday, according to Burke County deputies.

There is not an updated medical status on the identified victim, Cameron Wayne Dellinger.

The second ‘person of interest’ Joseph Jackson Reece has also been located.

According to the Burke County deputies, Siegfred Jackson, the ‘person of interest’ in a crossbow shooting incident, has been located and is now in custody. 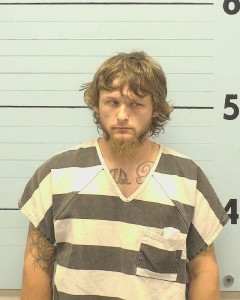 Jackson was located at 1:15 p.m. on the back porch of a residence on Cape Hickory Road, which is around a half a mile from the scene.

He was taken into custody without resistance.

HICKORY, N.C. — Burke County Deputies are searching for two suspects after a man was found shot in the head with a crossbow Wednesday morning.

Deputies were dispatched to Hunterwood Drive in Hickory around 9:45 a.m. in regards to a crossbow shooting. Upon arrival, a victim was found in serious condition from being shot in the head.

The unidentified victim was transported by Burke County EMS to the hospital and he was airlifted to a trauma center.

According to a news release, deputies and detectives are still on the scene and are looking for 28-year-old Siegfred Jackson as a person of interest. The incident occurred at Jackson’s residence and he was last seen leaving the scene on foot and believed to be wearing a dark ball cap, dark hoody and blue jeans. 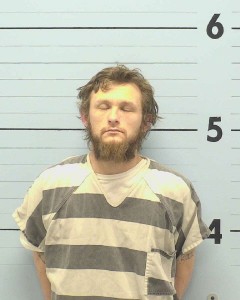 Jackson may be accompanied by 20-year-old Joseph Reece.

Although the crossbow was left at the scene, both men should be considered as dangerous. A reverse 911 BOLO message was sent in a 5-mile radius from the scene.

The Burke County Sheriff’s Office asks anyone who sees or knows the whereabouts of these men to call the Burke County Emergency Communications Center at 828-438-5500 or 911 if they are calling from within Burke County.