At the request of the Statesville Police Department, the N.C. Center for Missing Persons has cancelled the Silver Alert for Gloria Oglesby Stevenson.

For more information, call the Statesville Police Department at 704-878-3406.

STATESVILLE, N.C. — A Silver Alert has been issued for missing 66-year-old Gloria Oglesby Stevenson of Statesville. She is believed to be suffering from dementia or some other cognitive impairment, officials say. 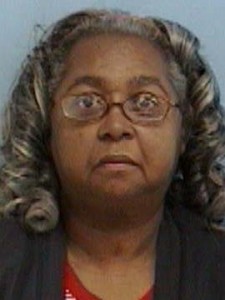 She is described as a black woman, 5 feet 5 inch tall, 145 pounds with brown eyes and gray hair. Stevenson was last seen wearing a yellow pinstripe shirt and gray pants.

No information has been given as to whether or not Stevenson may be driving but if so she may be in a brown 2011 Honda Accord with the North Carolina license plate number of DKE9924.

Anyone with information about Gloria Oglesby Stevenson should call the Statesville Police Department at 704-878-3406.