At the request of the Caldwell County Sheriff’s Office and the N.C. Center for Missing Persons the Silver Alert for the missing endangered 88-year-old Caldwell County man, Robert Jerry Castle, has been cancelled.

CALDWELL COUNTY, N.C. — A Silver Alert has been issued for missing endangered 88-year-old Robert Jerry Castle. He is believed to be suffering from dementia or some other cognitive impairment, officials say. 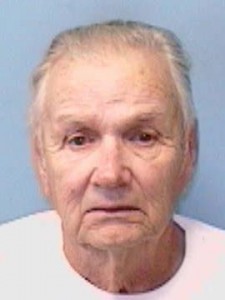 He is described as a white man, 5 feet 9 inch tall, 170 pounds, with short gray hair and brown eyes. No information was provided on what Castle might have last been seen wearing.

According to officials, Castle might be driving a gray 2004 Toyota Avalon with a North Carolina license plate number of VVM1414 in the direction of the Coffee House on Connelly Springs Road.

Anyone with information about Robert Jerry Castle should call the Caldwell County Sheriff’s Office at 828-758-2324.