At the request of the Statesville Police Department and the N.C. Center for Missing Persons the Silver Alert for the missing 23-year-old Statesville woman, Katerina French, has been cancelled.

For more information, call Ofc A Herman at the Statesville Police Department at 704-878-3406.

STATESVILLE, N.C. — A Silver Alert has been issued for a missing endangered Statesville woman who is believed to be suffering from dementia or some other cognitive impairment, a news release said.

Citizens are asked to be on the lookout for 23-year-old Katerina French. She was last seen at 304 Gregory Road, Statesville, N.C. 28677. 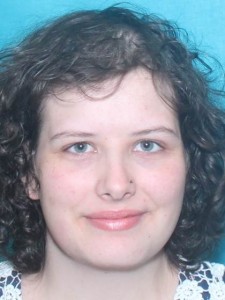 French has been described as a 5’0″ white woman weighing 140 pounds, according to a news release. Her hair color is brown and shoulder length and she has blue eyes.

She was last known to be wearing a black short sleeve shirt, black and white pajama pants and black sneakers.

Anyone with information about Katerina French should call Officer A. Herman at the Statesville Police Department at 704-878-3406.