According to CMPD, a missing 89-year-old Charlotte woman was located in South Carolina Friday evening.

Eloise Davis was located by the Spartanburg County Sheriff’s Office and has been reunited with her family, police say.

Davis left her home in the Prosperity Church neighborhood on the afternoon of July 17, 2020, according to a news release. Davis is operating a white 2012 Toyota Corolla with N.C. registration DHE-3042. Police say Davis has yet to return home and might be trying to get to her former address in Salisbury, NC.

Davis has been diagnosed with cognitive issues, and her family is concerned about her welfare.

Davis is approximately 5’3″ and weighs 135 pounds. She was last seen wearing a navy blue shirt and blue pants. Davis has gray hair and may be wearing a black cap, such as the one she is wearing in the provided photo.

A North Carolina Silver Alert for Davis has been issued.  Anyone with information on Davis’ whereabouts is asked to call 911 immediately. 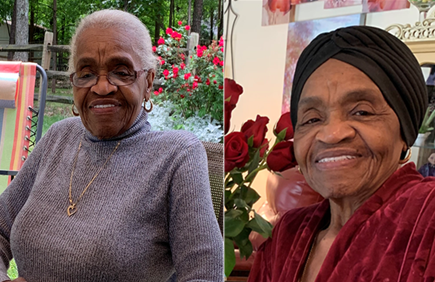