GASTON COUNTY, N.C. — A 49-year-old Lenoir man has been charged with multiple sex offenses by Gaston County Police following an investigation that was opened after a victim came forward.

According to police, Christopher Gordon Johnson was identified as the suspect in the case after reported sex offenses committed against children that took place from 1996 through 2008. As a result of the investigation, five total victims, that are all now adults, were identified. 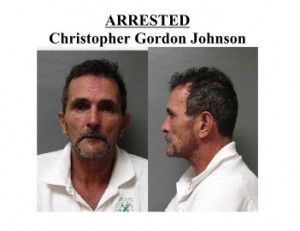 Johnson is currently incarcerated in the Gaston County Jail, being held on a $1 million bond pending a first appearance in Gaston County District Court.

The investigation continues and anyone with information is asked to contact Det. B.T. Dalton at 704-866-3320 or Crimestoppers at 704-861-8000. There is no further information available at this time.