Detectives with the Charlotte-Mecklenburg Police Department have released surveillance video footage depicting the moments surrounding the 2019 murder of Tydarrien Ford. 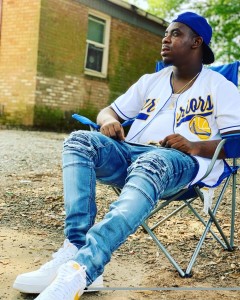 Detectives say through continued investigation it has been indicated that there were more than 200 people near the area around the time of this homicide. Officials anticipate the release of this footage may reach someone who knows something about this case.

Homicide Unit detectives ask anyone with information about this case to call 704-432-TIPS to speak directly to Detective Dollar. The public can also leave information anonymously by contacting Crime Stoppers at 704-334-1600 or http://charlottecrimestoppers.com/.

CHARLOTTE, NC — CMPD has identified the man they say was found shot to death in a vehicle Friday night in northwest Charlotte.

Police say 25-year-old Tydarrien Ford was found inside a vehicle around 7:54pm on Catherine Simmons Avenue near Augusta Street. Officers were reportedly responding to an assault with a deadly weapon call in the area when Ford was located.

He was pronounced dead on scene.

Police say a second victim was found lying nearby in the roadway on Catherine Simmons at Custer Avenue. He was also suffering from a gunshot wound and taken to Atrium Health CMC with life threatening injuries.

Detectives have not said how the two victims are connected or what their relationship was. The investigation is ongoing.