Charlotte-Mecklenburg Detectives have charged a 27-year-old man with murder after a victim arrived at a local hospital with a fatal gunshot wound.

After an investigation, detectives identified Da’Reem Dante Gaskin as the suspect in the Deante Brown murder case, police say. 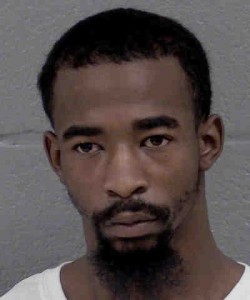 Gaskin was arrested on Tuesday by CMPD’s Violent Criminal Apprehension Team (VCAT) with assistance from the Federal Bureau of Investigation.

Police say after an interview with detectives, Gaskin was transferred to the custody of the Mecklenburg County Sheriff’s Office and charged with Murder, Discharging a Firearm into Occupied Vehicle in Operation, and Firearm by Felon.

CHARLOTTE, N.C. — Detectives with the Charlotte-Mecklenburg Police Department are investigating a homicide after a victim died from a gunshot wound at the hospital Sunday evening.

Police say the individual arrived at Atrium Health Main with a fatal gunshot wound around 5:30 p.m. The victim, identified as 28-year-old Deante Bryon Brown,  died from his injuries a short time later.

Detectives are currently investigating to determine what happened and where the shooting occurred.