LINCOLNTON, N.C. — Lincoln County Deputies announced Monday that a 68-year-old man has been charged for child sexual assault after an investigation.

The investigation was initiated on Sept. 12 after the Lincoln County Sheriff’s Office received information about a child who had been sexually assaulted by Donald Charles Curtis, officials say. 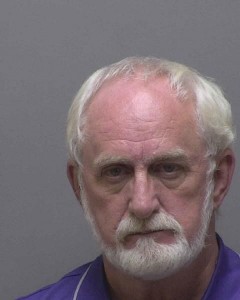 Through an investigation, detectives determined the victim, a young girl, was related to the suspect. The child abuse was disclosed after an interview with the victim on Sept. 15th.

According to deputies, Curtis was arrested on Friday, Sept. 18 following an interview with Detective Harrington.

Deputies say Curtis has been charged with three felony counts of indecent liberties with a child.