STATESVILLE, N.C. — Iredell County deputies have charged a 35-year-old man in connection to a home robbery that happened two months ago after he tried to pawn the stolen items.

Officials responded to a Mountain View Road home, in Statesville, on August 3rd in reference to a breaking and entering. When officers arrived on the scene they discovered that five guns and several other items had been stolen from the residence.

Detectives identified Timothy Chris Stewart as a suspect after an investigation and after multiple interviews it was determined that he pawned one of the stolen guns at Statesville Jewelry and Loan. 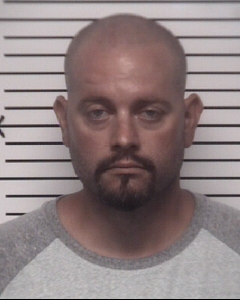 Deputies arrested Stewart on Thursday and charged him with Felony Breaking and Entering, Felony Larceny after Break and Enter, Felony Larceny of a Firearm, Felony Possession of a Stolen Firearm, and two counts of Felony Obtaining Property by False Pretense.