Deputies say the suspect that was involved in the Rowan County officer-involved shooting, that resulted in two deputies being dragged by a vehicle, has been arrested and is facing multiple charges.

The suspect, identified as 23-year-old Tyler Landen Gambrell, was arrested Wednesday night after he was treated for his gunshot wound and released from a local hospital. 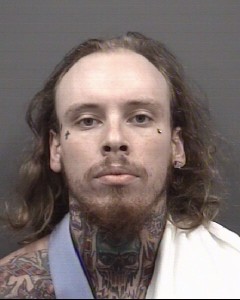 He is being held at the Rowan County Detention Center on a $500,000 secured bond.

The traffic stop happened around 2 a.m. on Highway 601 near the Volonte Motel. During the stop, a K-9 assisted and alerted officers of a positive alert that indicated the presence of narcotics in the vehicle. Deputies say commands were given for the occupants of the vehicle to exit, but instead of complying the driver attempted to drive away.

Deputies attempted to stop the driver from being able to flee, however the driver did drive off with Deputies Shoemaker and Holshouser being partially inside the car resulting in them being dragged by the vehicle as the driver began to accelerate from the vehicle stop.

According to officials, Deputy Holshouser fired his handgun into the vehicle which resulted in the driver, identified as 23-year-old Tyler Gambrell, being struck.

Both deputies were able to break loose from the car and call for back up as the suspect continued to travel down Highway 601. Stop sticks were set up along Jake Alexander Boulevard, near  Interstate-85, to stop the vehicle. After the car came to a rest on Peach Orchard Road due to the stop sticks the driver ran off but was captured by deputies.

The other deputy involved in the incident was treated at the scene for an arm abrasion. The passenger in the suspect vehicle was unharmed.

The investigation into the case is ongoing, and criminal charges on the vehicle driver are expected, deputies say.