KANNAPOLIS, N.C. — A Concord man was arrested and charged with arson after a Thursday morning Kannapolis fire to an occupied structure was determined to be intentional.

The Kannapolis Police and Kannapolis Fire Department responded to the Franklin Avenue fire around 6:45 a.m. after receiving the emergency calls.

When officials arrived they found a recreational camping trailer fully engulfed in flames. Police and Fire Investigators determined a short time later that the fire had been set intentionally. 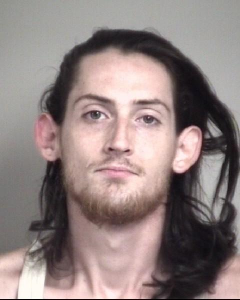 According to police, after multiple interviews Almond was charged with First Degree Arson. He was transported to the Cabarrus County Jail and is being held under a $250,000 secured bond. Police say no one was injured in the incident.

The Kannapolis Police Department requests anyone with additional information regarding this incident to call 704-920-4000 or Crime Stoppers at 704-932-7463 (CRIME).