Police: Man Arrested For Having Explosive Device Inside Huntersville Apartment

HUNTERSVILLE, N.C. — Police say a man was arrested after an explosive device was located inside an apartment off Streamview Drive in Huntersville on November 28th.

Officers with the Huntersville Police Department were called to the Fairways at Birkdale apartment complex to assist in a domestic property recovery when one of the officers saw what appeared be an explosive device.

The area was immediately evacuated and the Bureau of Alcohol, Tobacco, Firearms and Explosives (ATF), the Charlotte Mecklenburg Police Department’s Bomb Squad (CMPD), and several other agencies were called to the scene.  Officials were able to perform a controlled detonation on the device. 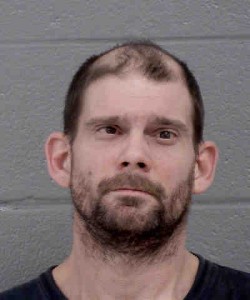 “There was a lot going on, it didn’t feel at any point like it was out of control,” says neighbor, Jocelyn Negron-Rios.

“He lives in the community.  I recognize him and his fiance’.  I’ve had no interactions with him in particular,” she says.

The ATF is continuing to assist the Huntersville Police Department with the investigation and more charges could be filed in the case.  Anyone with information relating to the suspect or the case is asked to call North Mecklenburg Crime Stoppers at 704-896-7867.