HICKORY, N.C. — A 53-year-old man has been arrested after he was accused of communicating threats against a 15 year-old employee at Zaxby’s in Hickory on Sunday.

The Hickory Police Department responded to the restaurant located on Lenoir Rhyne Boulevard SE to investigate.

Police say Jimmy Mott, of Newton, called Zaxby’s management to complain after leaving the drive through area of the restaurant.  Police say Mott used a racial slur and threatened to shoot the teenaged employee he had interacted with while attempting to order food. 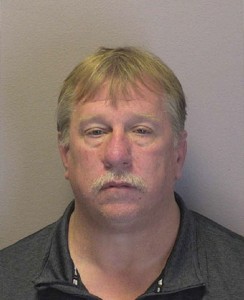 “He stated to the manager that he did not like the fact that a N-word had come up to his vehicle and that if she was there the next time he came that he would shoot her,” says the 15 year-old employee.

“I see it like everywhere, but I didn’t actually expect something like that would happen to me,” she says.

The teen’s mom confronted Mott at his work.

“Why do you think it’s appropriate for you to talk to a 15 year-old child, call her the N-word, and then call Zaxby’s that you should shoot her,”  said Jessica Terry, the teen’s mother.

After completing interviews with all witnesses and parties involved, the investigative facts were presented to a magistrate and charges were issued on Monday against Mott for Ethnic Intimidation, according to police.

Mott was arrested and received a $1,500 unsecured bond.