CHARLOTTE, N.C. — Police are conducting Charlotte’s first homicide investigation of 2021 after a man hit two people, killing one and critically injuring the other in an incident they say was intentional.

The pedestrian-involved collision happened in east Charlotte around 2 p.m. Monday along The Plaza.

The investigation by Homicide and Major Crash detectives has determined 32-year-old Jason Mosley was driving a vehicle and intentionally struck the 26-year-old pedestrian, Kendra Bagwell, who has died from injuries caused by the crash. Mosley has been charged with murder. pic.twitter.com/vFO0oUNVKm

When officers responded to the scene they located two pedestrians who had been struck by a 2015 Kia Soul. MEDIC transported both pedestrians to the hospital where they were to be treated for their life-threatening injuries. One of the pedestrians, 26-year-old Kendra Bagwell, was pronounced dead shortly after arriving at the hospital, and the second victim remains in critical condition.

The driver of the Kia, 32-year-old Jason Mosley, was not hurt in the incident. 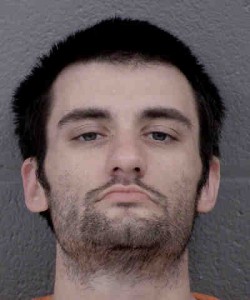 Following the investigation, detectives determined Mosley intentionally caused the collision to harm to the victims. After his interview with detectives, Mosley was charged with murder, assault with a deadly weapon inflicting serious injuries and driving while impaired.