GASTONIA, N.C. — City of Gastonia officials say they are partnering with Bird Rides, Inc. to bring up to 50 electric scooters to its downtown area.

Officials say in September of 2020 the scooter company worked with two local entrepreneurs to establish a franchise within the city limits.

Gastonia’s city council enacted rules and regulations for the scooters on October 20th, 2020, with the passage of a Shared Active Transportation System Ordinance that allows for many modes of transportation in the city, according to a news release.

Officials say a permit was issued to Bird Rides, Inc. on January 8th to operate no more than 50 scooters in the city.

“We wanted to be proactive in ensuring safety while offering scooters to the public as we identify several modes of transportation to and from our downtown area and the new ballpark,” said Assistant City Manager Quentin McPhatter. “Bird Rides has a significant presence in larger cities and saw the benefit of operating in an emerging market like Gastonia.”

The cost to ride a scooter is $1 to unlock and .39$ cents per minute to ride, according to a news release.

City officials say it is prohibited to use the scooters on sidewalks, trails, and other public areas like Eastridge Mall.

City of Gastonia officials urge riders to use the scooters safely and to be aware of traffic flow and city ordinances.

City officials provide these tips to staying safe while riding: 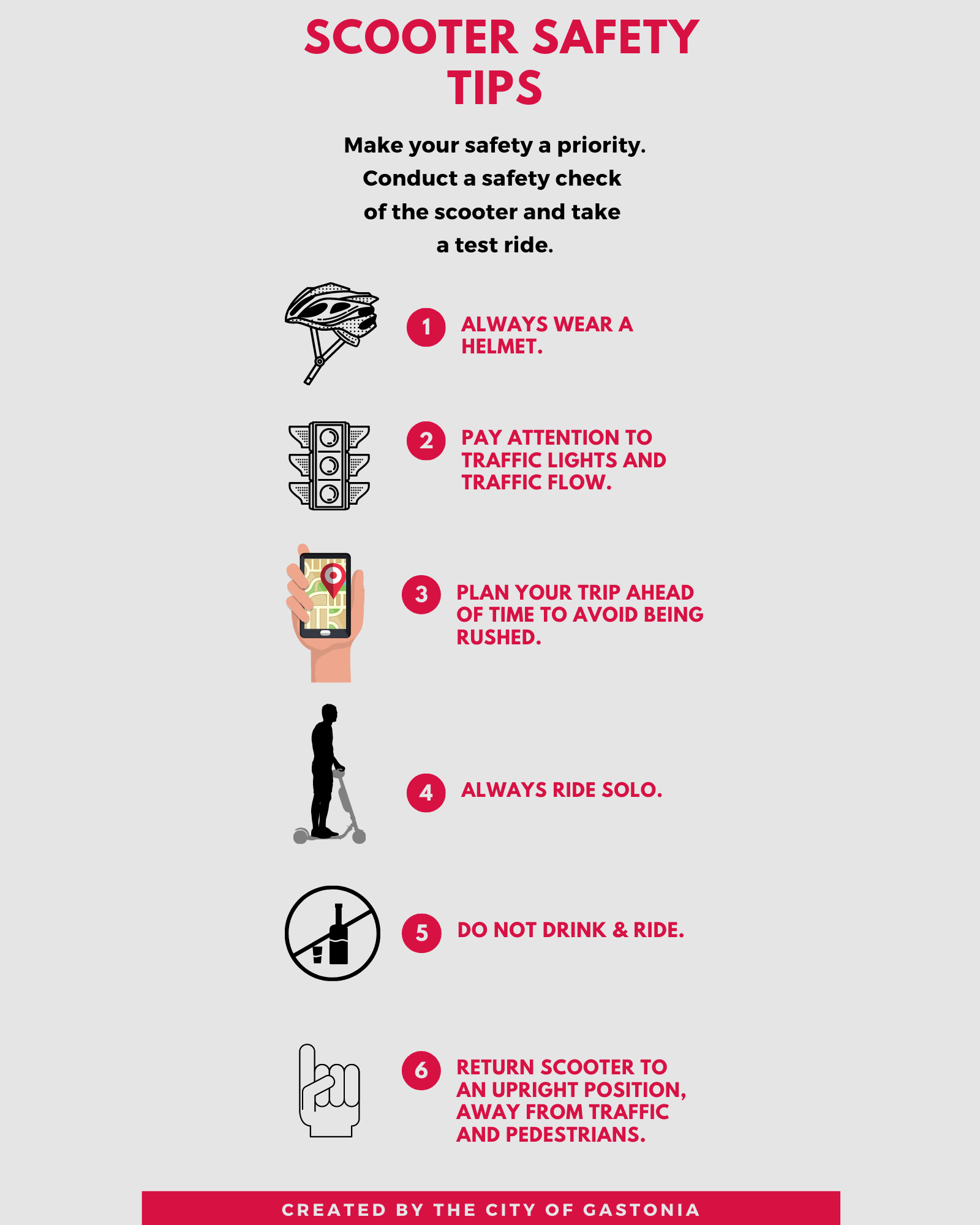