CMPD: Second Suspect Arrested For Murder After A Deadly Shooting Near UNCC Campus

Charlotte-Mecklenburg detectives have charged a second suspect in connection to a deadly shooting that happened near the UNC Charlotte campus in early November.

After a continued investigation, police identified 22-year-old Azariel Araque as a suspect in the Xavier Adams homicide case and warrants were issued for his arrest. 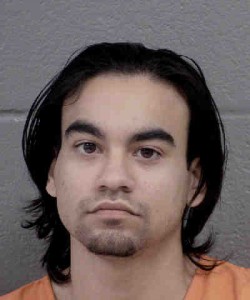 Following an interview, Araque was transferred to the custody of the Mecklenburg County Sheriff’s Office and charged with Murder, Robbery with a Dangerous Weapon, and Accessory After the Fact to Murder, according to CMPD.

Swinton will be served with the warrant and extradited to North Carolina at a later date, law enforcement officials say.

Officers say they responded to an assault with a deadly weapon call outside of the apartment complex around 7:30 p.m.

Detectives say Adams was taken, in a private vehicle, to Atrium Health University where medics later pronounced him dead.

Police say the homicide is still under investigation, and ask anyone with more information to call 704-432-TIPS to speak directly with a Homicide Unit detective or Crime Stoppers at 704-334-1600.