The Charlotte-Mecklenburg Police Department says that the Silver Alert for 68-year-old Linda Marinello has been cancelled after she was located in Gastonia Tuesday.

She was located after a community member saw her and reached out to police. Officers were able to make a traffic stop and make contact with Marinello.

Marinello has been reunited with his family after being located.

CHARLOTTE, N.C. — A Silver Alert has been issued for a missing 68-year-old Charlotte woman with dementia who was last seen Monday afternoon, according to the Charlotte-Mecklenburg Police Department.

Police say Linda Marinello’s last known location was at her home on Redcoat Drive, off of Rama Road, between 4 p.m. and 5 p.m. She is believed to be driving a maroon 2008 Honda Accord with the North Carolina tag of MARNELLO. 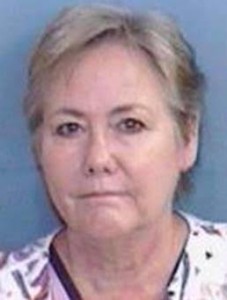 Officers were notified Monday around 7 p.m. by a family member of Marinello that she had left the home and hadn’t returned. CMPD says she has been diagnosed with dementia and has short-term memory issues.

A silver alert has been issued to garner help from the public in locating Ms. Marinello. Anyone who sees her or her vehicle is asked to call 911, immediately. Detective Tuttle is the lead detective for this case and can be reached at 704-336-8340.