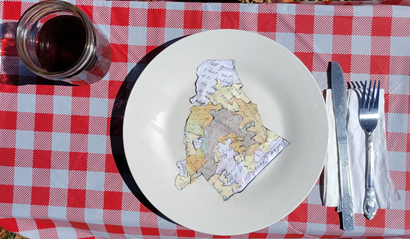 The FixaPlate events will offer the community a time to come together around the virtual kitchen table in order to share recipes, to talk about the past, and the future of Charlotte thanks to grant funding from the CARES Act, according to a news release.

Officials say tickets are on sale through Eventbrite here for $33 per household and $18 per individual, and participants will get a basket of Gran’s Biscuits delivered on the day of their potluck.

Participants must choose a favorite recipe to share with the group, and at the potluck participants will be expected to cook a main dish as well as a community members’ side dish while discussing social issues within the community, according to a news release.

Mixed Metaphors Productions officials say they are the interactive theater company behind the FixaPlate events, which were founded to create a space for the community and artists to co-write a shared future.

Kathren Martin, creator of the organization and theatre professor at Johnson C. Smith and Winthrop Universities, says, “Every porch I’ve ever sat on in Charlotte was the site of a discussion about what is Charlotte; I believe the community has the answer to that question and I want to help them share it. We want to challenge the too-tidy narrative of Charlotte’s quote-unquote progress,” Martin said, somewhat incredulously. “As a native Charlottean who grew up in east Charlotte, there’s a difference between what I saw happening to neighborhoods in this city and what I read in the paper about it. Art can bridge that gap.”

Officials say the FixaPlate conversations will focus on social justice, economic disparity, gentrification, and the history of Charlotte with 40 percent of the proceeds going to the following nonprofits and charities;

Officials says despite the heavy subject matter of these events, performances will be rooted in joy and play as viewers move through a series of multi-sensory art installations based in a Charlotte home.

“FixaPlate has been on my heart and mind for many years,” Martin said. “How does the history of the wedge and crescent show up on our plates? How can we cultivate equity in Charlotte through conversations around a dinner table? What are we hungry for?” said Martin. “This is a tough but necessary story to tell, and we’re going to highlight the joy within it; I promise all of our shit will end in a party,” Martin said

Upcoming dates for the potlucks are listed below:

CMS Updates Board On Teacher Vacancies; Safety Concerns Ahead Of New School Year

On The Road With James: Lenoir