YORK, S.C. — Officials with the City of York say the next round of live music in their summer concert series, to be enjoyed al fresco, is scheduled for Thursday, June 24th at Downtown York’s City Market.

Officials say the Late Night Special band will play a medley of pop, rock, and classical soul at the summer concert on June 24th from 6 p.m. to 9 p.m. 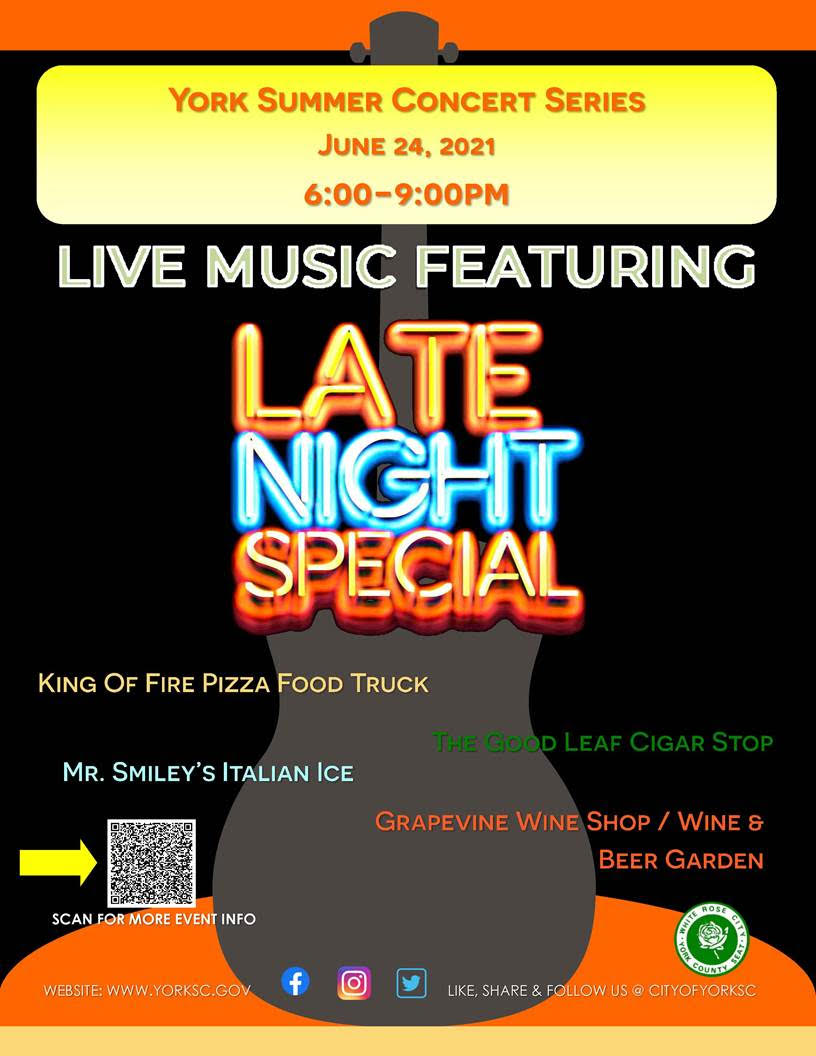 The King of Fire food truck will be on site selling authentic wood fired pizzas made from scratch, Mr. Smiley’s Italian Ice will be selling a variety of dairy-free, fat-free, and gluten-free treats, and the Grapevine Wine Shop will be selling wine and beer, according to a news release.

Event officials say bringing your own alcoholic beverages is not permitted.

Officials say cigar smokers will have the chance to enjoy a selection of high-quality cigars from The Good Leaf Cigar Shop on-site.

Officials remind concertgoers to bring their own chair, blanket, towel, or cushion to sit on while enjoying the outdoor concert in the York Historic District.