LINCOLN COUNTY, N.C. — A man has been charged after a 43-year-old Gastonia woman was shot in the face during a road rage incident that happened in Lincoln County Sunday morning, according to deputies.

When deputies arrived to the scene they found both vehicles pulled over on the shoulder of the road.

Officers were informed that the altercation happened around 10:40 a.m. as the vehicles traveled on Highway 321 south near the Lincoln-Gaston County line. During the altercation, Angela Duncan was shot after a driver, identified as Londen Feldman II of Hickory, fired through the right rear window of the vehicle, deputies said. 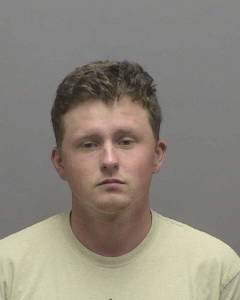 Duncan was transported by MEDIC to be treated for a gunshot wound.

Deputies seized a firearm from both the suspect’s and victim’s vehicle.

Following an interview with detectives, Feldman was charged with one felony count each of assault with a deadly weapon inflicting serious injury and discharging a firearm into occupied property.