Next Free Concert Announced In City Of York Summer Series 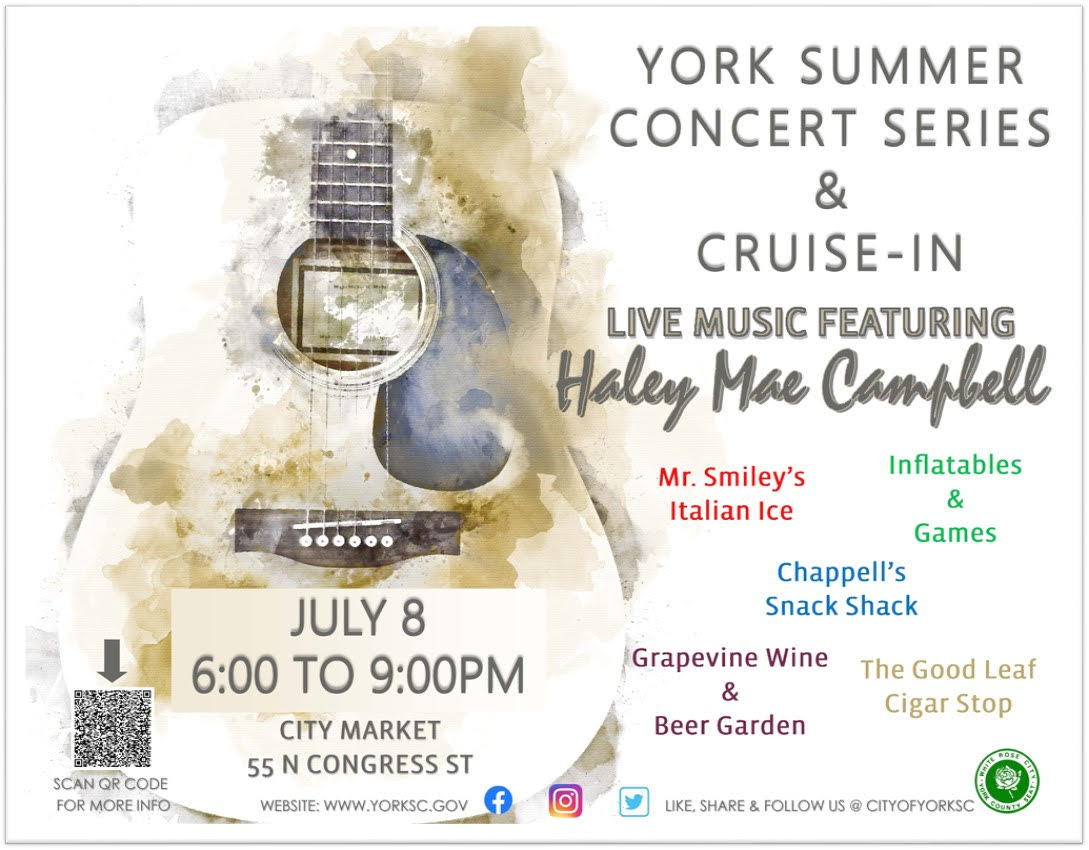 YORK, S.C. — Haley Mae Campbell will perform live at the City of York’s next free outdoor concert on July 8th.

Officials describe Campbell as a NYC city-slicker who mixes rock-style vocals with a country-style twang in her performances.

City officials say the concert will be held at the City Market in downtown York, S.C. from 6 p.m. to 8 p.m. on Thursday, July 8th.

Vintage car owners are invited to the summer series to show off their classic vehicles in the York Historic District.

City officials remind concertgoers to bring their own chair, towel, or blanket to sit on, and to leave the pets at home for this event.

Click here to read more about the City of York’s Summer Concert Series.