Nicole Madden, Kaitlin Wright,
Elsa made landfall as a Tropical Storm in Taylor County, Florida around 11am Wednesday. This storm has already brought more than 8″ of rain across parts of Florida and has been blamed for at least 1 death in northeast Florida. 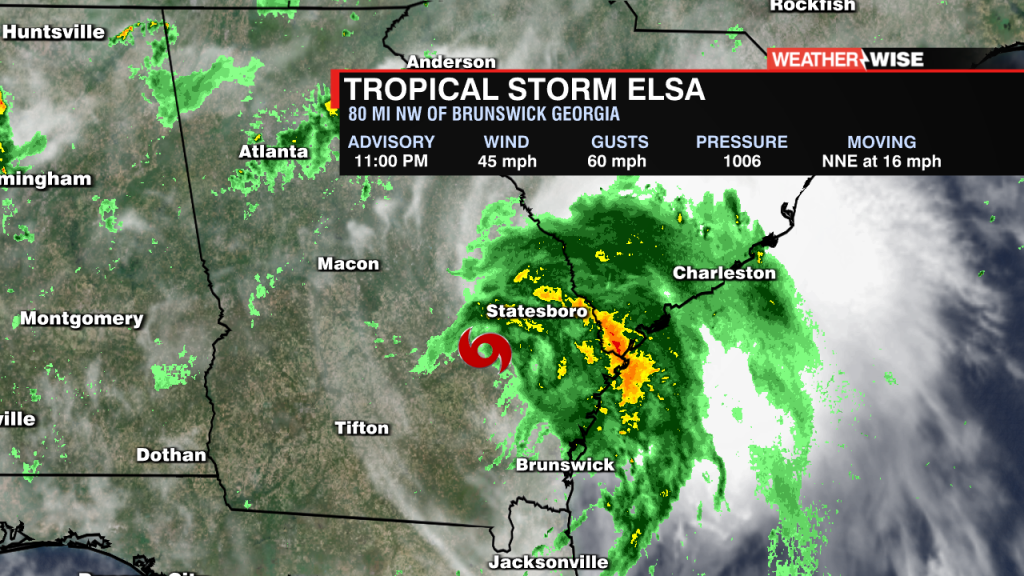 Tropical storm warnings and watches are in effect for the NC/SC coast. Storm surge of 1-2 feet will be possible. Isolated tornadoes and gusts 30+ mph will also be threats. Rainfall totals of 1-3″ will be possible with locally higher amounts will increase the flash flooding threat.
Elsa will move into Virginia and over the Atlantic early Friday but could become a tropical storm once more as it slides up the coast near New England.
LOCAL IMPACTS: 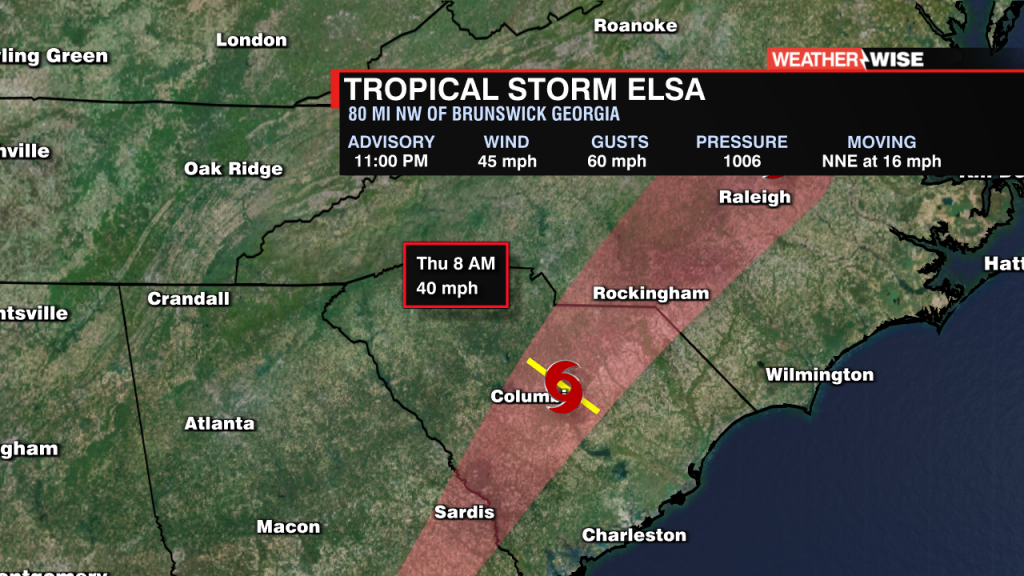 The remants of Elsa will move through the WCCB viewing area Thursday with the outer bands arriving overnight. Showers will begin before sunrise but, expect any heavy rain to start near the early morning commute.  The heaviest rain will be from 6am – 2pm. Rainfall totals of 1-3″ will be possible with the highest totals for areas south and east of I-85. Downpours could lead to flash flooding. It will be breezy with gusts up to 20-30 mph. The tornado threat will be isolated and higher for the Eastern Carolinas, but cannot be totally ruled out.
The is a Flash Flood Watch in effect until 6 PM Thursday for Stanly, Anson and Richmond counties. 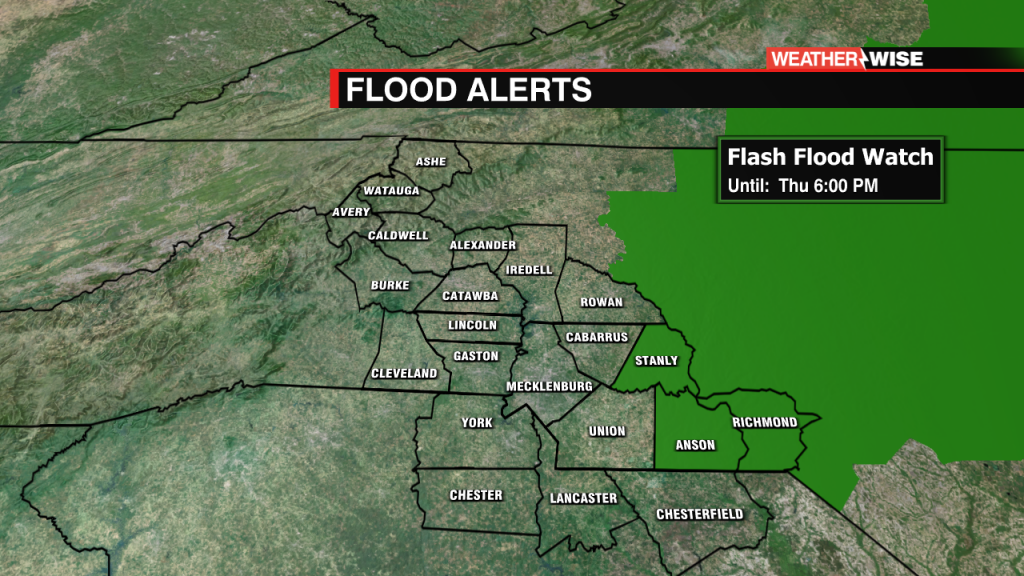 Download the WCCB Weather App for the latest updates on Elsa from the WeatherWise team.