The Charlotte-Mecklenburg Police Department says the 65-year-old man that was reported missing from south Charlotte has been located.

According to police, Hugo Pineda has been reunited with his family Wednesday night.

CHARLOTTE, N.C. — The Charlotte-Mecklenburg Police Department is asking for the public’s help in locating a 65-year-old man who was reported missing Tuesday.

A Silver Alert has been issued for Hugo Pineda who was last seen around 2 a.m. on Yorkshills Drive, off of South Tryon Street, in southwest Charlotte. The call for service for Pineda, who suffers from cognitive issues, happened around 6:51 p.m. Tuesday. 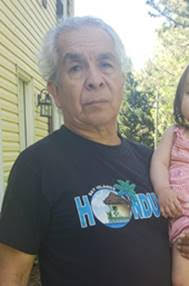 He is believed to be driving a black 2012 Honda Civic with North Carolina tags that read THP-3253.

Pineda has been described as a 5’5″ tall Hispanic man, weighting around 150 pounds, with gray hair and brown eyes, according to police. It is unknown what he was last seen wearing.

Anyone who sees or has information about Hugo Pineda is asked to call 911 immediately.