WINSTON-SALEM, N.C. — A Winston-Salem man faces multiple charges after investigators connected him to videos that showed him abusing and killing small animals, according to a sheriff’s office. 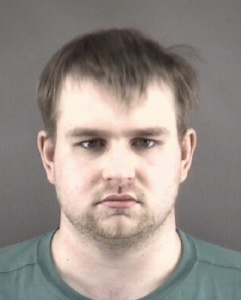 Specifically, the sheriff’s office accuses Dewald in warrants of abusing three squirrels and a possum from Dec. 1, 2018 to June 29. Two warrants say Dewald captured a squirrel in 2018 and a possum in 2019 in metal cages and submerged the animals into containers filled with water. Dewald is accused of recording the incidents and sharing them on the internet, the warrants said.

Dewald was being held in the Forsyth County Jail under a $7,500 bond. It’s not known if he has an attorney.