Armed Suspect Arrested After Barricading Himself In Home Outside Uptown Charlotte

CHARLOTTE, N.C. — A 35-year-old man was arrested early Tuesday morning after he barricaded himself in a home outside of Uptown Charlotte, following an accused assault of a woman, according to police.

Officers responded to NC Music Factory Boulevard around 8 p.m. Monday in response to a domestic disturbance and assault with deadly weapon call for service. Upon arrival, the victim told police that Robert Andrew Rios had assaulted her and fired a firearm in close proximity to her, and then locked himself in the residence. 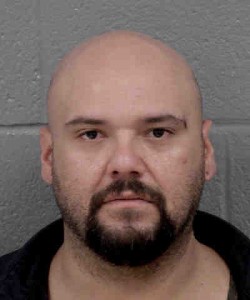 When officers attempted to approach the home, the front door was closed. They knocked on the door and announced themselves. When Rios came to the door, officers asked to see his hands and the suspect showed them a firearm. Rios then barricaded himself in the house. Officers immediately moved to positions of cover, established a perimeter, and SWAT officers, as well as negotiators, responded and made multiple attempts to make contact.

Warrants were obtained during the period of the incident.

Rios peacefully surrendered to SWAT officers around 3 a.m. Tuesday after speaking with negotiators. According to Charlotte-Mecklenburg police, Rios was transported to the Mecklenburg County Sheriff’s Office and charged with aggravated assault with a gun, aggravated assault on a female, discharging a firearm to enclose or incite fear, and communicating threats.

After several hours of negotiating, the suspect was safely apprehended and taken into custody after 2:00 a.m.

No CMPD officers were injured as well as no weapons were discharged during this incident.

Anyone with information about this case is asked to provide that information by calling 911.  The public can also leave information anonymously by contacting Crime Stoppers at 704-334-1600 or http://charlottecrimestoppers.com/.

Wilson's World: Back to School Prep With Classroom Central