In a statement sent to Myers Park families both CMS and Principal Bosco say a change in leadership is needed at the school.

Representatives for CMS say the search for Myers Park’s next principal has already begun.

Representatives say as part of the selection process, a principal profile will be created to identify the qualities, characteristics, and skills necessary to be the next principal.

Furr is a retired principal from South Meck High School. 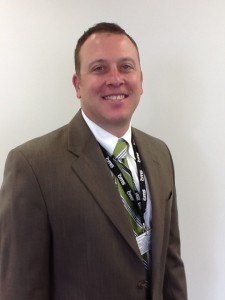 It comes following months of scrutiny against Bosco and the school for how they handled reported student rapes and sexual assaults on campus.

The message to parents also said an interim principal will be assigned to the school. As of Friday, no one had been named to the role yet.

Former Myers Park High School student Nikki Wombwell says she told five adults about on-campus rape when she was 15-years-old, including Bosco and school resource officer Bradley Leak. The now 22-year-old says the adults didn’t believe she was raped, and even blamed her. She says Bosco told her she would be punished for having sex on campus if the boy was found “innocent.” She let it go, until four years later when she filed a lawsuit against the CMS Board, Bosco, Leak and others. The district settled, and Wombwell got $50,000.

Bosco has been on leave since news of the lawsuit circulated in June.

Also on Friday afternoon, CMS Superintendent Earnest Winston announced on the CMS district website he is creating a Title IX task force to address how the district handles harassment, assaults and other violations that fall under the federal civil rights rule.

“The purpose of this task force is to review current reporting and support procedures to ensure we are responding promptly and effectively to claims including harassment, assault or violations under Title IX. Many details remain under development, such as the selection criteria for task force participants, initial task force meeting dates, frequency of meetings and format/precise timing of deliverables. These details will be shared around the time students and staff begin school later this month.“

Student Walk Out: New Restrictions After Gun Was Found On Campus At Harding University HS

Mom Worried Son Missing In Charlotte Could Be In Danger

Severe Storms, Tornadoes Cause Damage Across the South Monday

One Fatally Shot, Another Injured In Northwest Charlotte