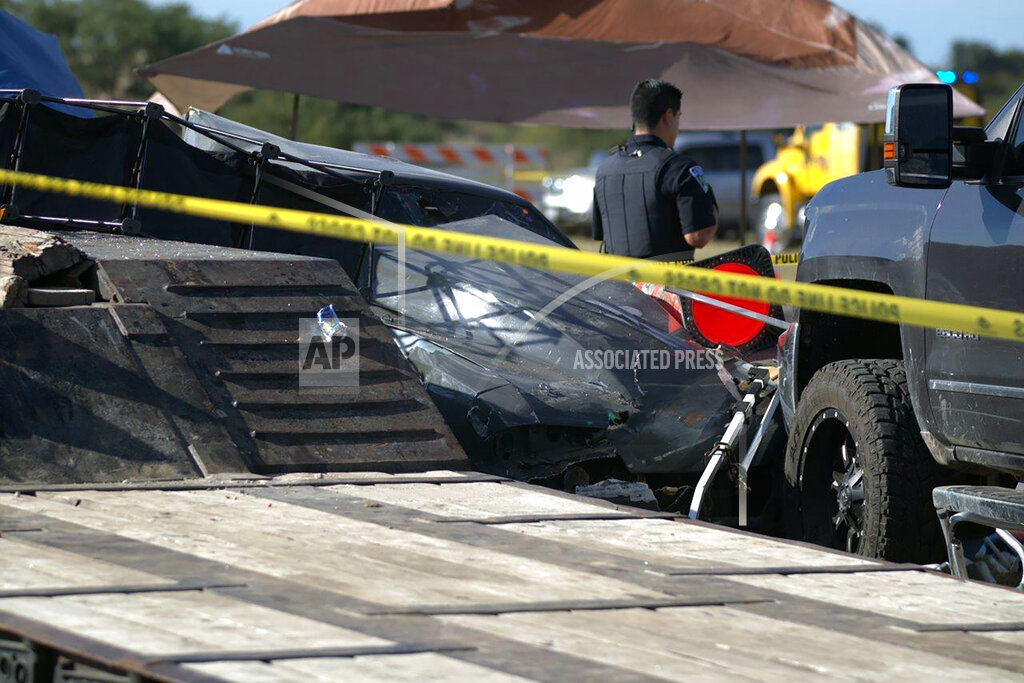 In this photo provided by Louis Amestoy, a police officer stands watch over the scene of a fatal drag racing crash at the Kerrville-Kerr County Airport in Kerrville, Texas, on Oct. 23, 2021. (Louis Amestoy via AP)

KERRVILLE, Texas (AP) — Authorities say a driver lost control during a Texas drag racing event and slammed into a crowd of spectators, killing two children and injuring eight other people.

A 6-year-old boy and an 8-year-old boy were killed Saturday at an event called “Airport Race Wars 2” at the Kerrville-Kerr County Airport.

The organized event was attended by thousands and involved drivers speeding down a runway as they competed for cash.

The injured victims were taken to various hospitals, including a 46-year-old woman who was in critical condition.

The majority of the other injuries are not believed to be life-threatening.

Kerville is about 60 miles northwest of San Antonio.