Police: Boyfriend Arrested, Charged With Killing Mom In Front Of Her 2 Teens At Newton Home 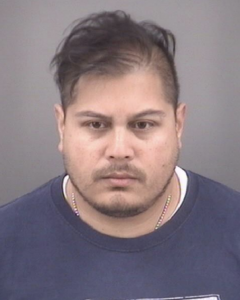 NEWTON, N.C. — Police have charged Thomas Gardner, 39, with 2nd Degree Murder after he shot and killed his girlfriend in front of their two teenagers at their home in Newton on Thursday.

Around 1:44 a.m., officers responded to the home on Maple Court in reference to a 911 open line.

At the scene, officers entered the home to find the victim, Hope Kennedy, 45, suffering from a gunshot wound.

Police say Kennedy was at home with her boyfriend and their two teenage children when the shooting occurred.

Investigators have determined that Gardner and Kennedy were in a domestic dispute that turned physical, when Gardner shot Kennedy.

Kennedy was then taken to a local hospital where she was later pronounced dead, according to authorities.

He is currently in the Catawba County Jail, without bond, awaiting trail.

Both teenagers were not harmed and have been placed in custody of a family member by the Department of Social Services, according to a news release.

“This is a tragic situation no matter how you look at it, especially around the Christmas Holiday. Our thoughts and prayers are with the Kennedy family and those beautiful kids. Domestic violence continues to be a serious matter and needs to be addressed immediately. If you or someone you know are in a mentally and/or physically abusive relationship, call 911 in emergency situations, 828-465-7430 for any other help or contact the Family Guidance Center @ 828-322-1400 (Crisis @ 828-228-1787) for counseling and mental health assistance.” Chief Vidal Sipe.

Police ask anyone with information about this case to contact Investigator Carlos Uribe with the Newton Police Department at curibe@newtonnc.gov or by phone at 828-465-7430.