CHARLOTTE, N.C. — Federal authorities say a Charlotte pastor is under investigation after he admitted to filing false tax returns and using fake information to get a COVID-19 relief loan.

Frank Jacobs, Sr., 51, plead guilty to tax and wire fraud at a court hearing on Wednesday, according to a news release. 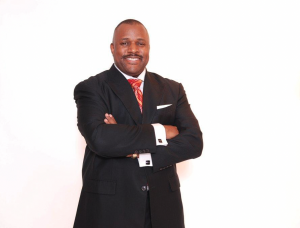 Authorities say for tax years 2009 through 2013 and 2015 through 2017, Jacobs failed to file timely U.S. Individual Income Tax Returns, Forms 1040, even after the IRS contacted him several times.

Jacobs did file a tax return for 2014, but, as he admitted in court, he both underreported his income on the returns he filed and failed to make a payment to the IRS for any tax liabilities.

On April 22nd, 2020, authorities say Jacobs filed a fraudulent application on behalf of Quest Church to get access to disaster-related loan benefits in the form of a Paycheck Protection Program (PPP) loan.

Authorities say the PPP loan program was expanded under the CARES Act to provide support to small businesses negatively effected by the COVID-19 pandemic.

Jacobs admitted in court that the documents he submitted as part of the application process for the PPP loan contained information that was false and inaccurate.

One example of this provided by the court is when Jacobs claimed that Quest Church paid wages totaling more than $135,000 to five employees, from which federal income taxes has been withheld.

When in fact, authorities say Quest Church never reported any payments of any wages to the IRS for the corresponding calendar year, nor did it pay any withholding taxes on such income.

Jacobs was released on bond following his court appearance and a sentencing date has not yet been set, according to a news release.

Authorities say the charge of filing a false tax return carries a maximum sentence of three years in prison and a $250,000 fine.

The wire fraud charge carries a maximum sentence of 20 years in prison and a $250,000 fine.

What The Tech: Travel Gadgets