LINCOLNTON, N.C. — A Lincolnton man has been arrested and charged for stealing a church bus during a snow storm last Thursday.

While being interviewed by detectives on Saturday, James Thatcher, 27, of Lincolnton confessed to stealing the bus on January 19th and also to breaking and entering into a relative’s house to commit larceny back in September of 2021. 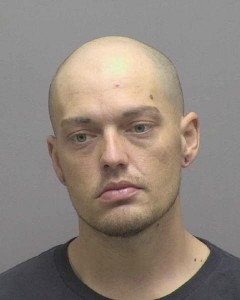 Deputies say Thatcher is currently being held in the Harven A. Crouse Detention Center under a $25,000 bond for his involvement in both crimes.

On January 19th, deputies responded to the Salem Baptist Church in reference to the theft of a church bus.

Church officials told deputies that the bus was last seen secure under a metal carport on church property on January 13th.

Officials described the stolen vehicle as a 2003 Ford passenger bus with Salem Baptist Church printed on all sides.

Officers were then told the bus had been recovered by the North Carolina Highway Patrol on Wentz Road just off Buffalo Shoals Road in Catawba County.

Each side had been spray-painted with black spray paint to conceal “Salem Baptist Church.”

Officers stayed on the scene to collect evidence, which lead them to their main suspect, James Thatcher.

Deputies arrested Thatcher on January 21st and placed him in custody after his confession to both crimes.