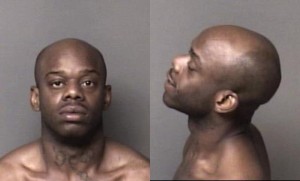 GASTONIA, N.C. — A 35-year-old has been charged with attempted murder after shooting a man in Gastonia Thursday morning.

Gastonia police were dispatched to the intersection of West Long Avenue and Falls Street around 10:25 a.m. after a report of a man being shot. Upon arrival at the scene, police along with Fire and Rescue personnel located the victim lying near the intersection.

The 53-year-old victim provided officers with a description of the suspect who shot him and was transported to a local hospital with life-threatening injuries.

A Gastonia police K-9 officer and his partner located the suspect, identified as Camren Jean, of Gastonia, hiding behind a residence near West Granite Avenue and North Boyce Street, according to police. Jean was taken into custody without incident.

Police say there is no known relationship between Jean and the victim.

Jean was transported to the Gaston County Jail by authorities where he is being held without bond.