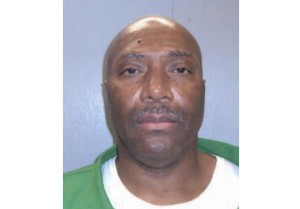 The South Carolina Supreme Court has issued a temporary stay halting the state from carrying out plans for its first-ever firing squad execution.

The court order said a more detailed order will follow.

Moore’s attorneys had asked justices to block the execution plan so they could ask the U.S. Supreme Court to review whether his crime rises to the level of a death penalty offense.

Moore has spent more than two decades on death row for the 1999 killing of convenience store clerk James Mahoney in Spartanburg.

COLUMBIA, S.C. — A South Carolina prisoner scheduled for execution later this month has chosen to die by firing squad rather than in the electric chair.

Moore’s April 29 execution would make him the first person executed in the state since 2011.

His attorneys have asked the state Supreme Court to halt the execution while another court considers whether the state’s capital punishment methods are constitutional.

A state law that went into effect last year set electrocution as the default method and added a firing squad option.

Correction officials have maintained they are unable to obtain the drugs needed for lethal injection, the state’s third method.