11 Years Ago Today: Remembering One Of The Largest Super-Tornado Outbreaks In US History

April 25th-28th was one of the largest super-tornado outbreaks in US history.

A total of 319 people were killed and thousands were injured during the outbreak. In total, there were 343 tornadoes which started April 26th, 2011 and continued through April 28th. On April 27th, there were 207 total tornadoes with 4 of those being rated EF-5. 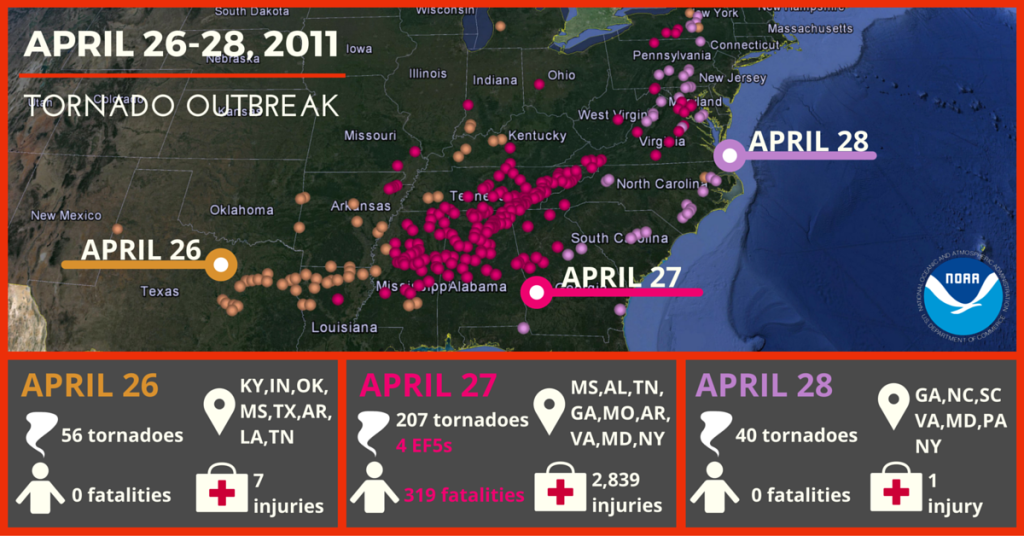 In the WCCB Charlotte area, there was a supercell during the early morning hours of April 28th. The cell moved along the Blue Ridge and then across the foothills, eventually producing tornadoes southeast of Lenoir in Caldwell County, and west of Taylorsville in Alexander County.  Both of these tornadoes were rated EF1 intensity. Thanks to an unfavorable time of day and dry air at the surface, this event was not worse for the Carolinas. 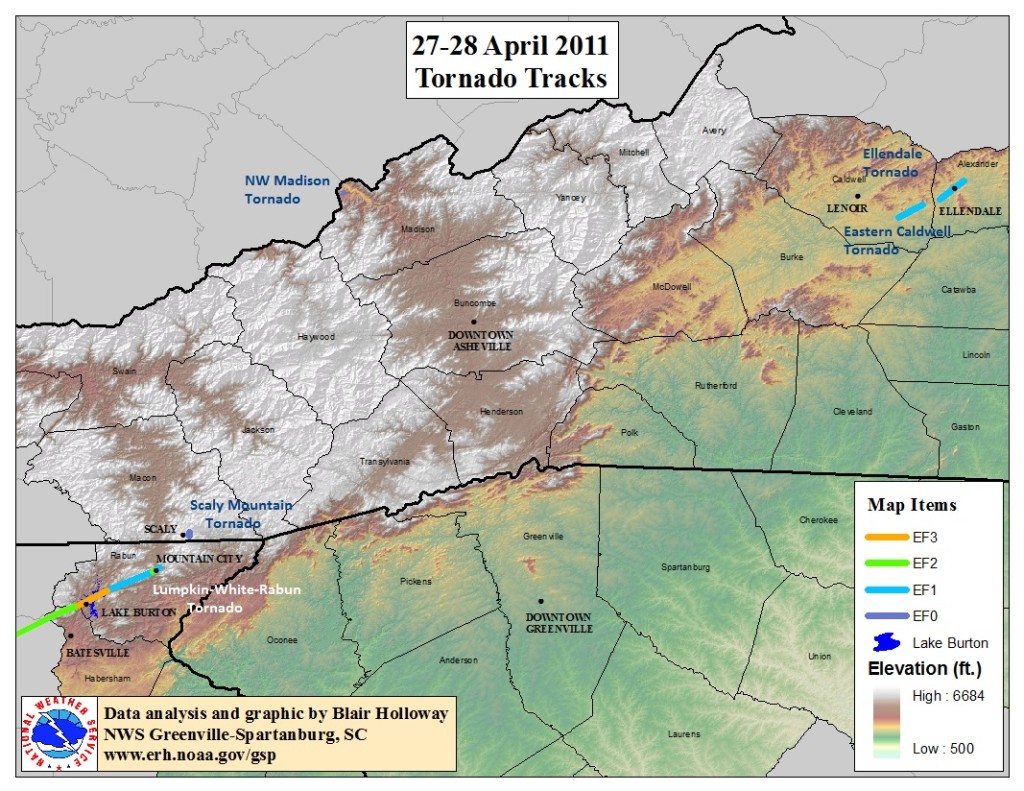 We will never forget.