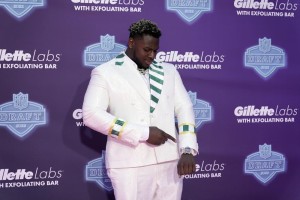 The 6-foot-4, 310-pound Charlotte native is expected to start right away at left tackle.

The Panthers don’t have a draft pick in the second or third round after trading for quarterback Sam Darnold and cornerback C.J. Henderson last year.

Their next pick is in the fourth round at No. 137.