Panthers’ Corral Has ‘Big Chip’ On Shoulder After Draft Fall 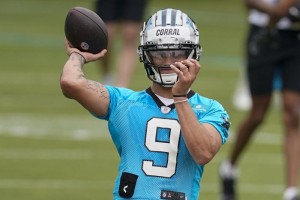 CHARLOTTE, N.C. — Matt Corral’s unexpected fall to the third round of the NFL draft has left the Carolina Panthers rookie quarterback with a good bit of motivation as he begins his professional career.

Corral said he already had a chip on his shoulder but now it’s “even bigger.”

The former Mississippi QB said he has no explanation for the freefall.

Corral addressed an NFL Network report that attributed his free fall to “alcohol and related issues” from his past.

He said he doesn’t know where that came from and it was the first time he’s heard of it.