CHARLOTTE, N.C. –  I tasted Mexican conchas for the first time ever! After running into a friend of mine, not only did I get cultured on traditional Mexican desserts, I was able to witness what happens when you put love, sweat, and tears into your dreams.

I happened to be in Noda at a music event when the sweet smell of dough filled the air in the busy venue at Charlotte’s popular brewery, the Chamber. The sounds of live music created an ebb and flow through the packed brewery. In the corner, I spotted a small bakery stand and approached the counter.

“They’re conchas! Great with coffee!” said the sweet chef behind the table. It was Norma! A friend from college. 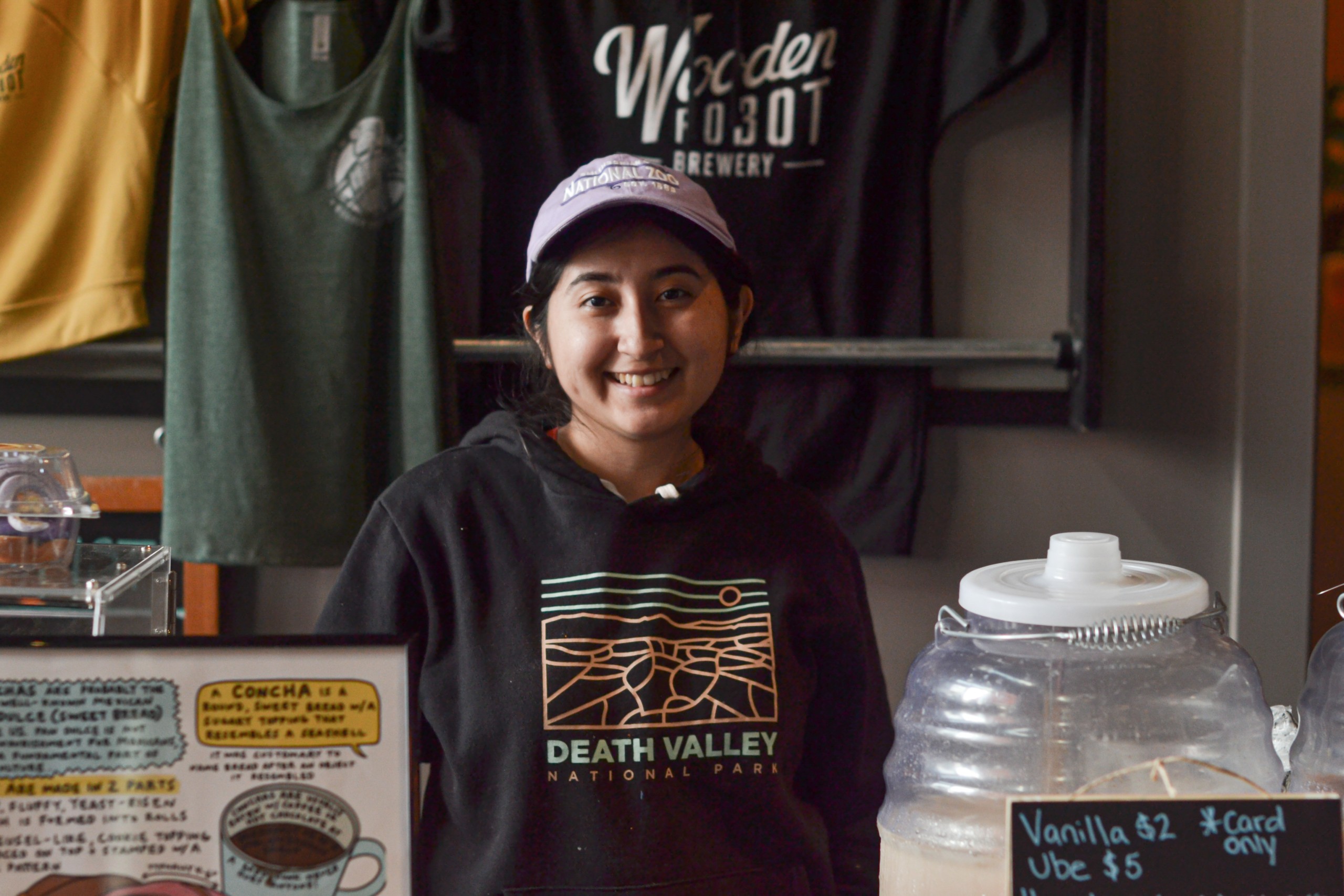 She stood between two large jars of Horchata, a sweet Mexican drink, one Coffee flavored and the other strawberry, and to her left was a large dessert shelf filled with goodies.

The pastry case held various colored sweet bread rolls with a scalloped pattern across the top. I watched as by-passers with brewskies and wine glasses shuffled back and forth eyeing the sea-shell-like desserts on the counter.

A lavender-colored concha was perched in a clear case labeled with a sticker that read “ Dulce Dreams Cafe”. It was Ube flavored, a naturally colored purple root plant, with a sweet and distinct taste.

“This is currently a bestseller,  she says as she hands me the purple concha, followed by the classic vanilla flavor. “Please enjoy!”

The 28-year-old baker, smiled proudly as she handed me the well-crafted and very fragrant desserts.

I thanked her kindly and made my way out of the venue. Before tasting, I had to do what any millennial does with food before eating, you guessed it, – I took a photo. 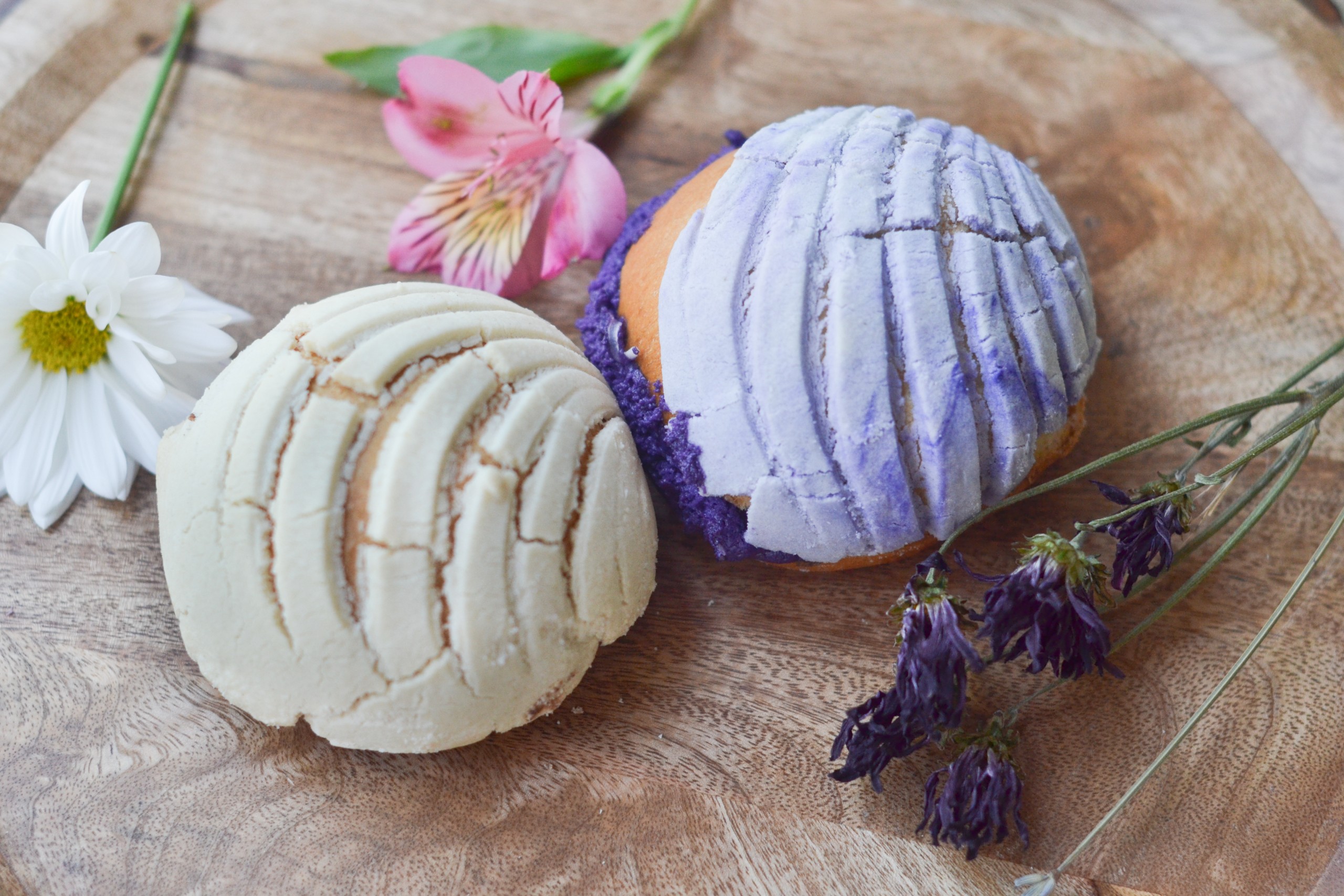 The Concha was soft and crunchy and so sweet! The ube flavored filling was decadent. I made sure to save the vanilla concha for my coffee in the morning.

Curious to know more about how Ducle Dreams Cafe came to be I reached out to Norma for some back story.

“Since I was a little girl I always wanted to be a pastry chef but life took a lot of turns and I didn’t end up going to culinary school.”

Taking the leap of faith to follow your desires takes a good running start and lots of courage. After graduating with a degree in biology, Norma wanted to achieve her goals, filled with sweet dreams and reminiscent thoughts of becoming a pastry chef, Norma lept.

Going to culinary school was Norma’s dream since she was a little girl. She had a sweet tooth and an appreciation for beautifully decorated pastries. What she loved most was creating the edible art herself.

“ Initially, I didn’t Believe in myself, but I realized that it’s actually society that makes you feel like you can’t start something new because you’re getting older.”

Refusing to be part of the status quo, Norma decided to start her own dessert business. She launched Dulce Dreams Cafe in October 2021.

“I always wanted to be a pastry chef and wanted to go to culinary school but it was really expensive. Also short story: I went for a weekend to Johnson and Wales and the chefs were mean. I had one yell at me and I was like, oh no. I’m super sensitive and I don’t like people yelling at me. I learned how to make conchas on YouTube.”

Norma also shared that part of the battle to own a store, is that she didn’t have any other Latina owner business owners to look up to.

The young pastry chef’s pop-up business specializes in a traditional Mexican sweet bread roll, she strives to own a store that doesn’t just serve average desserts but one that incorporates her Mexican heritage into it as well.

Normas says she grew up eating conchas. They were a staple in her home and it’s why she’s obsessed with them today.

“I remember eating them with coffee or hot chocolate. I always remember that warm fuzzy feeling and being happy every time I had one.”

The pop-up cafe offers a wide variety of flavors like the traditional vanilla and chocolate concha, and specialty flavors like strawberries and cream, cinnamon rolls, fruity pebbles, she even made a Bad Bunny Concha!

“The best way to eat a concha is to dip it in coffee or just take a huge bite out of it!”

Working as a lab technician by day and a baker by night, the self-taught pastry chef plans to one-day own a solid location. For now, she utilizes a ghost kitchen.

“In 5 years I see myself having a brick and mortar. I want to have a super chic Mexican bakery or cafe. I still have so much to learn as a business owner. It’s also my first time working in a commercial kitchen. I know I’ll make a lot of mistakes”.

Norma says she braced herself for the bumps in her journey ahead, she’s eager to learn and has invested a lot of effort and love into her business.

“ I’ve been working on this for a while, it’s been a lot of sweat and tears,” she says.

Norma hopes to spread continuous joy to Charlotte with each sweet bite.

She spends her weekends baking and selling conchas at various locations in the city and hopes to one day work as a full-time pastry chef. Her goal is to bring something new to the dessert scene and for everyone in the Queen City to know what conchas are.

She also hopes her leap of faith will encourage others to follow their dreams.

“I want to inspire other Latina women and women in general to follow their dreams no matter what. You can do whatever you put your mind to no matter what.”

Keep up with Dulce Dreams Cafe pop-ups by clicking the link below! 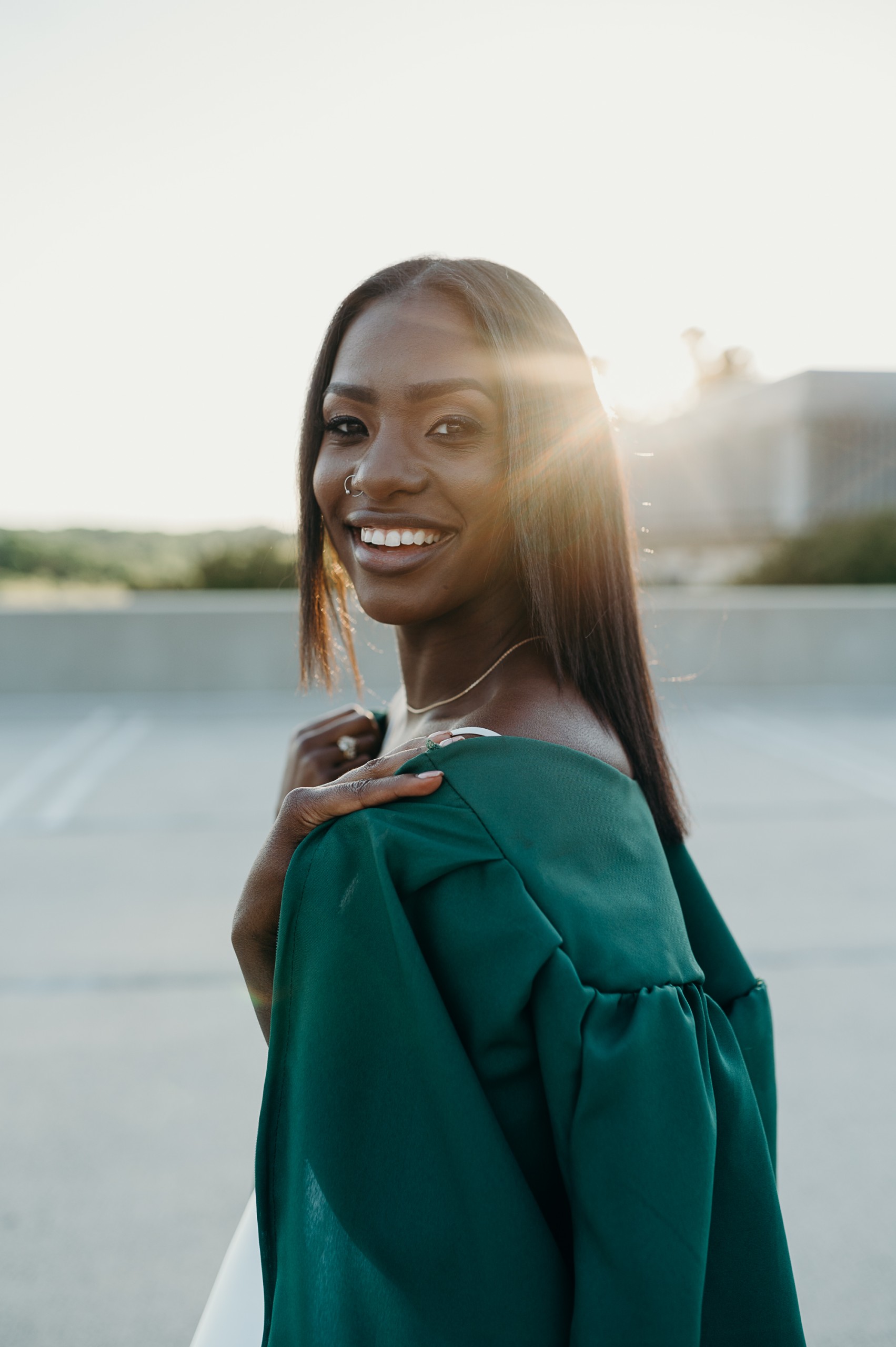