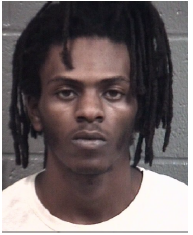 ALBEMARLE, N.C. — A 21-year-old has been arrested after a shooting in Albemarle left a person injured Friday evening.

Albemarle police responded to South Morrow Avenue around 6:40 p.m. after a report of a gunshot wound. Upon arrival, officers located 42-year-old Edward Emrich II suffering from a gunshot wound.

Emrich was transported to the hospital to be treated for non-life-threatening injuries.

Through an initial investigation, officers determined that Emrich was involved in a dispute with 21-year-old Albert Benjamin before the shooting.

Benjamin was arrested and charged with assault with a deadly weapon with intent to kill or inflict serious injury, police say. Benjamin received a $75,000 bond.