U.S. Marshals have arrested Marlon Anderson in connection with a Kannapolis homicide that left two dead.

Two counts of First-Degree Murder and Possession of a Firearm by a Convicted Felon are being processed against him.

This comes a little more than a month after Sharon Chambers, 61, and her nephew, Benny Sloan, Jr., 46, were found dead.

U.S. Marshals offer a reward for information leading to the arrest of a suspect wanted in connection to a Kannapolis double homicide.

The suspect, Marlon Anderson, is described as a Black man, 6 feet tall, 165 pounds with brown eyes and black hair.

Police say he has scars on his left and right ankle, a scar on his chin, and a tattoo on his left forearm.

The Kannapolis Police Department has identified a suspect wanted in connection to a double homicide that left a daycare owner and her nephew dead Thursday morning.

Police say 49-year-old Marlon Anderson is being sought and active warrants are in place to charge him with two counts of first-degree murder and possession of firearm by a felon once he is apprehended. 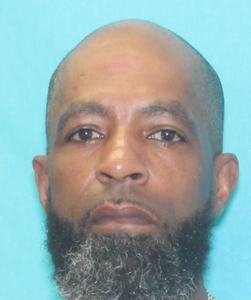 If you have information about the whereabouts of Anderson and this incident or any others, you are urged to contact the Kannapolis Police Department at 704-920-4000.

Officers responded to a home on James Street around 8 a.m. after receiving a call to 911.

Police say Chambers operated the B&T Learning Center, a daycare at the home.

The shooting was determined to be domestic related.

Police say no children were home with the incident occurred.

Anyone with more information is asked to call the Kannapolis Police Department at 704-920-4000 or leave an anonymous tip with Crime Stoppers at 704-93CRIME or https://cabarruscrimestoppers.com/submit-a-tip/.